Laser Knives, Not Just for Luke Skywalker Any More!

In a CCW class I had a student with a laser sight on his handgun. It’s the first time I’ve seen one like his. Most are under the barrel or off to one side, but this one replaced the rear sight. This placed it above the bore.

The battery and on button were on one side and the laser on the other. You push the battery side once to turn it on and a little diode glows telling you and anyone behind you the laser is turned on. The fellow had a little trouble with it. After couple shots it would turn itself on. While some might think of this as a labor saving device, I like the idea of making my own mistakes and not leaving it to a faulty switch. Still the laser did give me an idea.

I’m surprised that someone hasn’t incorporated a laser in a knife handle. Sears has them in cut-off saws. The saw draws a laser line where the blade is going to cut, saving you from cutting something you don’t want to cut. Like your fingers. 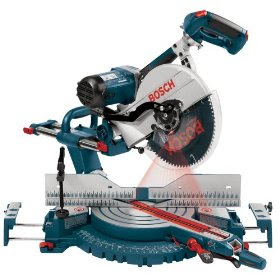 The Bosch-5412L-12-Inch-Dual-Bevel-Slide-Miter-Saw-with-Laser-Tracking . Oh boy!  How many knife blades do you see on it?

That could be done with a knife. A couple diode lasers and the knife could show you the direction the blade will go if you push it. If the laser is on your fingers or your other arm, that’s the knife’s way of telling you to reposition something out of harm’s way.

Diode lasers use milliwatts of power. They are very efficient and just sip power out of a battery. If, or when we get the beam up to around a watt you wouldn’t need a knife. You’ll just blast through the object.

When that day occurs, I wonder… will there be laser collecting clubs?
at April 29, 2010