It’s a competitive world.  If you can consistently sell the same product as your competitor for less money, you could drive them out of business and make yourself rich.  Companies look for ways to do this: better manufacturing efficiencies, automation, cheaper materials and lower overhead.

It’s the overhead that worries some knife manufacturers.  They have, essentially two main customers, brick-and-mortar (B&M) stores and internet stores.  They like brick-and-mortar.  They understand them and anticipate a large order once, perhaps several times a year.  That means a large transfer of cash which makes it easier for them to operate.  Internet stores on the other hand can have very low overhead.  They could be a couple people in someone’s basement with a website.  Your order to them could be bundled in a largish order and placed.  Even if they have stock on hand, the overhead is low, no building, or sales force, and fewer employees.

They can sell cheaper and that affects B&M.  Suddenly B&Ms find they can’t compete with some brother and sister in Arizona who have website and a garage to work out of.

Some knife manufacturers, worried about lower prices "cheapening” the brand and losing the lump orders, have gone to MAP, Minimum Advertising Price.  Vendors, both B&M and Web based, sign an agreement to honor that price and frankly, companies enforcement these agreements with a stick.  Too many violators and the distributor or dealer will be dropped from the manufacturer's authorized buyer list.

Here’s an example of a very nice little knife: 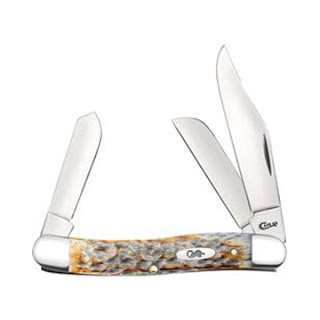 You don’t need to know the wholesale price, but MAP is what you’ll often see on a website.  They frame it as a sale price, reduced from the suggested retail price (SRP) but it is really the bottom price they can advertise.  It’s a playing field leveler.

Yes, they can sell it for less, but it’s always an in-store special, something web-based stores can’t do.  Remember when advertisements would say “POR” or Price-On–Request?  It became apparent it was too expensive to have employees answering the phone to give a price to someone who may not actually come in the store.

So everyone went to MAP.

So, why don’t we cut the crap, knife manufacturers?  Just make the Suggested Retail Price the MAP price.  Some companies are doing it.  Deejo does.  Their MAP is their suggested retail price.  CRKT’s Provoke has a MAP five cents cheaper than the suggest retail.

This MAP ‘sale’ is not quite lying to the consumer.  But it seems a little too oily to me.