It was one of those snowy, blustery winter nights Cleveland is so well known for. On such a night only the mad or foolhardy venture outside. I had already decided to spend the night at the Explorer’s Club.

“Why not?” I thought. “My wife is out of town, the club’s larder is well stocked, as is their bar, and the small member suites are more than snug and comfortable.”

Don’t bother trying to find us. We don’t advertise. The outside of the building looks like an abandoned building complete with nine-foot rusty chain link fence. The only membership requirement is a life of exploration and adventure. If your idea of adventure is Grand Theft Auto III, don’t call us; we’ll call you.

The chairs were arranged in the Members’ Reading Room in clusters. Of course, conversations were discouraged in the room according to club by-laws. I found both a book I had been meaning to read and an overstuffed chair just the right distance from the roaring eight-foot fireplace. At my signal Butterling, our majordomo, brought my standing overnight order which he quietly placed on the end table I shared with another club member. He was politely and quietly ensconced behind a foreign newspaper in the other chair.

I had just relaxed and began to luxuriate in the warmth of the fire when one of the members, taking a shortcut to the door, noticed my two double brandies and cleared his throat in disapproval. His rude behavior was not lost on me.

“You know, two is one and one is none,” I foolishly snapped back at him.

The rude member was already out of earshot and if he had heard me, chose to ignore me. Unfortunately, my neighbor behind the newspaper choose not to.

“Yimminy, that’s so true.” It was Sven Olsen, perhaps the oldest and most gregarious club member. He folded the newspaper and placed it on his lap.

“Did I ever tell you how I invented that saying?” he said, raising his voice over the crackle of the fireplace.

This created a dilemma. We were in the reading room and I was loath to surrender my chair by moving to the conversation room. Sven was a prolific storyteller and he was setting up to spin a yarn. While I doubted the whole cloth of his stories, I had previously done enough research to verify many of his tales.

“No, you never did,” I said, throwing caution to the winds. What kind of adventurer would let a few rules stand in his way? I said the fatal words. “Tell me more.”

“It was summer 1955, and I was between classes at the University of Helsinki.”

“I didn’t know you had a degree, old man,” Rodger interrupted. “What was it in?” One of the newest members, Rodger had not learned proper manners and most likely never would.  I still regretted not blackballing him.

Sven paused to take Rodger in. “It was a non-degree program. I was pioneering independent study. Later they gave me an honorary degree in…. but that’s another story.” Sven paused and got back on track.

“With the summer free and troubled by a significant lack of funds, I was casting about for employment. Word reached me that the CIA was looking for….”

“You worked for the Central Intelligence Agency?  Rodger interrupted again.  “What? We didn’t have any spies that spoke Swedish?”

“What your spies can or cannot speak is of little concern to me.” Sven’s accent flared up as he lost his temper. “Nor did I know they were the CIA at the time. I was a bright young man aware of world events. I suspected it was some government agency, possibly one of Britain’s MI groups.”

“Since the cold war was heating up and the Nordic communities had no love for the Russians, I took the job. On the surface it was a simple job.  I would ski from various base camps to specific points in northern Greenland where I would place explosive charges and set them off at specific times. Someone, somewhere collected measurements for some purpose.”

“It was an adventure, my friends.” His accent faded again. I often wondered about Sven. He spoke several languages without accent.  Even old agents have to retire somewhere.  “There was no GPS, no apps for your cell phone; just you and your dog team, a chronograph, slide rule and sexton.” 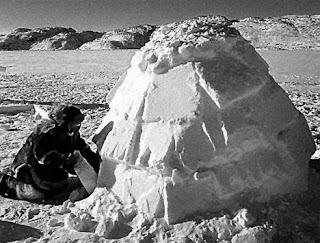 Sven looked over to Rodger, whose investments had tanked when the housing market stumbled. He was attempting to get a government jump-start loan for a new business.

“For two weeks at a time,” Sven continued, “you lived on what you and the dogs could carry and by your wits. Independent, free and living on the edge. There was no bailout if you made a mistake.”

“It was a harsh, cold, white landscape filled with beauty that could surprise you and turn on you at any moment. I spent many nights watching the Northern Lights pirouette across the dark skies.”

“There were other teams, but I was the most successful, reaching specific locations by specific deadlines and it became a matter of pride. I carried few extra supplies, reasoning my mobility and success depended on selecting only the most important items. I chose carefully.”

“Besides the technical equipment, I needed dried fish to feed the dogs and myself, a small stove, a double-bladed smatchet and, of course, a short barreled shotgun set up for slug.  Polar bears….” Sven gave a little involuntary shiver. “Nasty little javlarna.”

By now Sven was in his element and most of his accent had vanished. His tale had captured our imaginations. Several of the other members gravitated to the growing knot of listeners. I even caught sight of Butterling hovering on the outer edge of audible range. Even Rodger knew better than to interrupt the yarn.

“What I didn’t take was a tent. Instead I planned on making what Americans call an igloo. I used the smatchet to serve as a snow cutter and spatula. With a little practice I was able to cut and place rings of snow blocks to make a passable shelter in less than 30 minutes. The dogs, born and bred for this; simply curled up in a snow cave I’d carve for them. This system worked remarkably well. At least until I made a mistake.” 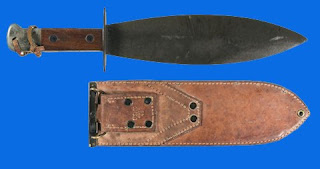 “It was my third trip out. The employer was more than happy with my notes and placement of the explosive charges. Noting how well I handled the long and arduous treks, they asked me to travel even farther north on longer trips. I was happy with myself for earning both their confidence and the increase in hazard pay.”

On my third day of the last week out, a storm closed in almost without warning. I barely had time to get the dogs sheltered, watered and fed before the storm was on me.”

“It was white-out conditions and the wind stung like a whip. I started cutting snow blocks, but the storm and gusting winds made work all but impossible. Yet I couldn’t stop. I had to finish. The igloo meant survival. Freezing and in the dark I was working more from memory and force of habit. I cut the last block, dragged my sleeping bag in and pulled a snow block in behind me. It was like corking a bottle from the inside.”

“I sat for a few moments in the darkness listening to the storm grow worse and pondering my fate. Tired and exhausted I crawled into my sleeping bag and shivered myself to sleep.” Sven paused and look deeply at each of us. “I didn’t know if I would wake up or not.”

How about a photo of the dogs?!

I had a chance to scan many of the Cleveland Explorer Club documents at the microfilm facility I work at. I was surprised to find this story here. I looked for the club a couple years ago, but I had no address, just a post office box. I did read a journal entry from S Olsen indicating a polar bear and her cub killed his dogs. That was the last page of the journal and I couldn’t find the rest of them.